Happy Monday! April and Margaret here to talk about the exciting progress we’ve made on Fella (the adorable protagonist of Umbrella Mondays).

Previously, Fella was little more than a concept sketch.

But, as of today, she’s fully modeled, and ready to go in the Unity game engine!

The design process for Fella started in the concept phase, which was eventually concluded with Margaret’s concept of Fella.

The next phase (modeling) started by blocking out Fella’s basic shape and sculpting her in ZBrush. The team wanted to capture the stylized wrinkles in her jacket by sculpting a highly detailed version of Fella in ZBrush, and then apply that detailed normal map to a low-poly model. April spearheaded the modeling and sculpted a high-poly Fella based on our concept art. 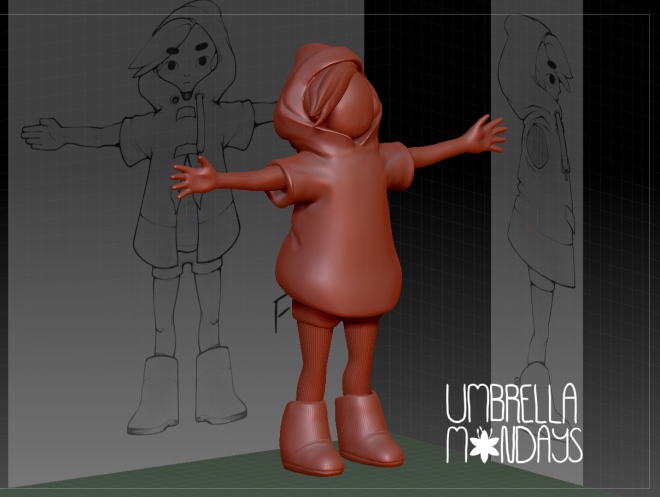 After the high-poly model was done, we exported the normal maps, then took the high-poly model into Maya to retopologize. April carefully planned out a new topology flow and created a low-poly version of Fella (our final polycount was 1403!). At this point, April began rigging while Margaret worked on texture painting. 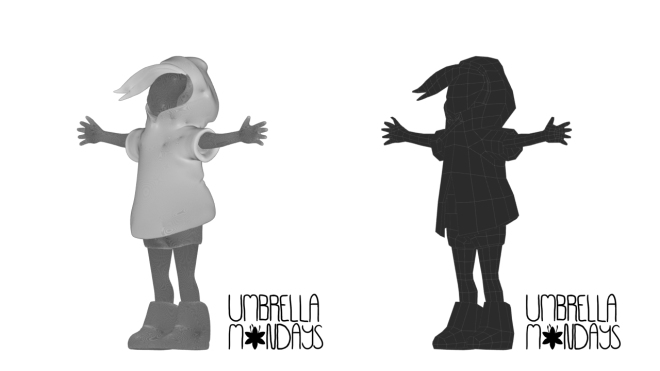 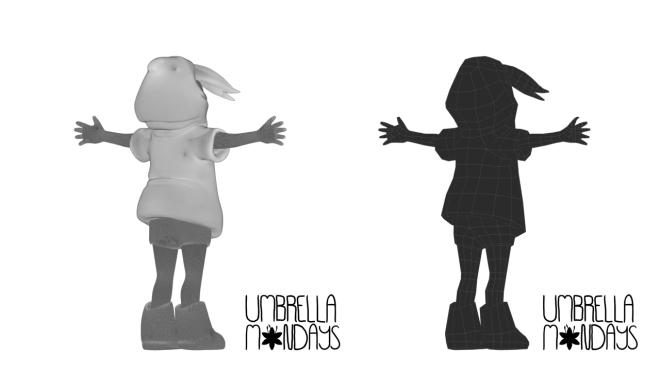 Fella was rigged in Maya and painted in Substance Painter and Photoshop. Her eyes and mouth are 2D textures, which will become animated textures. We’ll be able to cycle through different facial expressions without changing her entire model texture.

After rigging, Fella went through final weight painting, and then to our resident lumberjack and animator, Jake. Now Jake is hard at work animating Fella and preparing her for in-game motion control, which the programming team will map to the player controls.

In the end, it takes a town to make a model. Over half of the Turnip Town art team has worked on the creation of Fella in some form or another. We’re excited to have her in-engine, and we’re looking forward to sharing more of our level design with you in the future!